Protecting intellectual property in a digital world is tricky. I know that perfectly well since I have always tried to reverse engineer applications or online services other created. I had a lot of fun while learning how to crack software 15 years ago. Later I realized how easy it was to cheat on Flash games and spent some time cracking online contests just for distraction.

More recently, when I tried to create a startup called WordiZ.it, I spent some time doing some reverse engineering on Google+ API, to discover hidden data. This attraction to the dark side had a bad ending in the case of WordiZ. Since I started to build upon a non-maintained stream of Data, any change from Google meant I had to work lots of hours to find a new way to collect data. Eventually, Google stopped providing it completely, and my first startup idea became irrelevant in one day.

This post is a quick reflection about bootstrapping (low-budget) software startups and patents. It appears that nowadays startups are less attracted to patenting than they were before 2008. Globally I have a hard time understanding patents, and I wonder if there is any interest for small/young software projects. The post will contain misunderstood facts and incorrect information. So please, if you find something wrong, let a comment and I’ll update the article.

When you are a young startup, on a low budget, your most valuable assets are :

Your ideas will help to define your startup (market segment, market pain, growth strategies) and to build your product (features, algorithms, interfaces).

In order to progress, you will have to reveal some ideas little by little. For instance, as you try to confirm that your market segment is valid, you will set up some targeted messages and see if it resonates out there. By doing this, competitors on this segment might hear about you. Another example, if you have an idea for a fancy interface, publish it. If it gets popular, chances are that someone tries to replicate it on his own product. 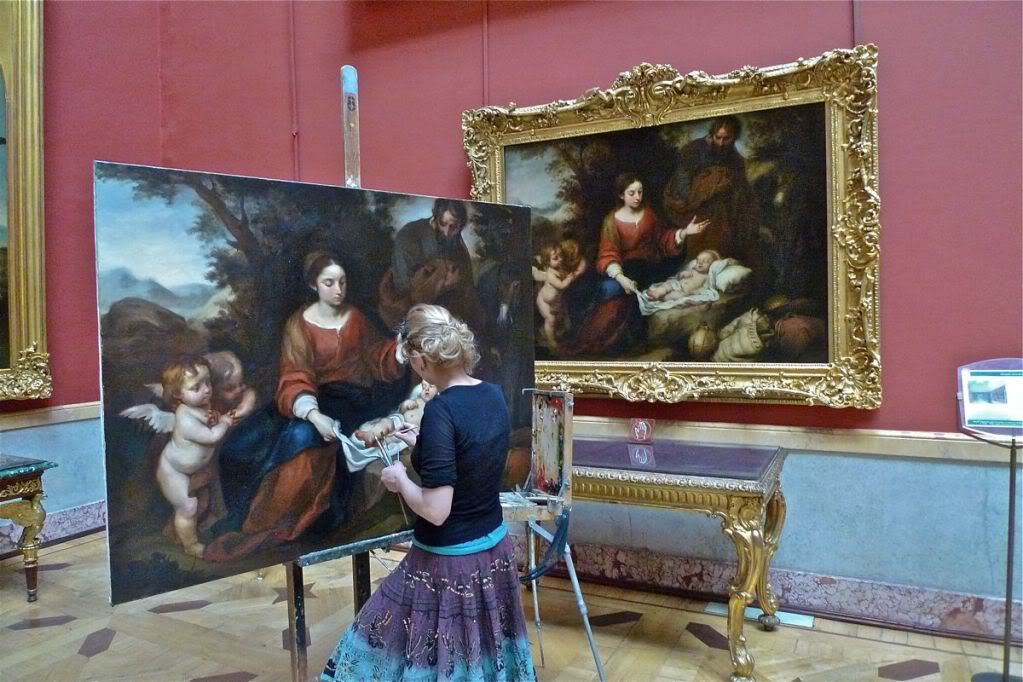 Ideas are made for being used. But when using ideas, you expose yourself to idea thieves. This is mostly why your team and your founders motivation are important. To keep feet on the ground when that happens, and to keep nurturing new better ideas.

The whole picture is more tricky with patents. Patents are helping individuals and organizations to allegedly protect their ideas. Patents are double-edged swords : to protect your idea, they disclose it to the public. Reverse engineering is not needed with patents, since they explain most of your secrets. So, if you own a patent, the problem is not to keep your secret, but to find if someone else is using the same process and to sue them.

Therefore, before going any further into patenting something, you should determine whether a patent will be of value when it issues, which is typically approximately 18 to 36 months after it is filed, and whether infringement of that patent would be too difficult to detect.

“Patents” in the software startup world doesn’t seem to be a popular topic for best-selling authors, or at least there is no consensus. You might find thousand of tips on how to verify your product fits with the market, yet advice on how to protect your product aren’t sexy enough in most of the case. To be fair, software patenting is a hot debated topic, you can see a long wikipedia article on the case.

When you read about patents in the Tech industry, most of the time it’s hardware related (Apple, GoPro, Samsung, …). If you think about it, you know that big software corporations also nurture patent portfolios. Microsoft (more than 50 000 patents) and Google (more than 10 000 patents) are huge giants in this field. For instance, here is Google portfolio geographical and topical breakdown (see image below) : 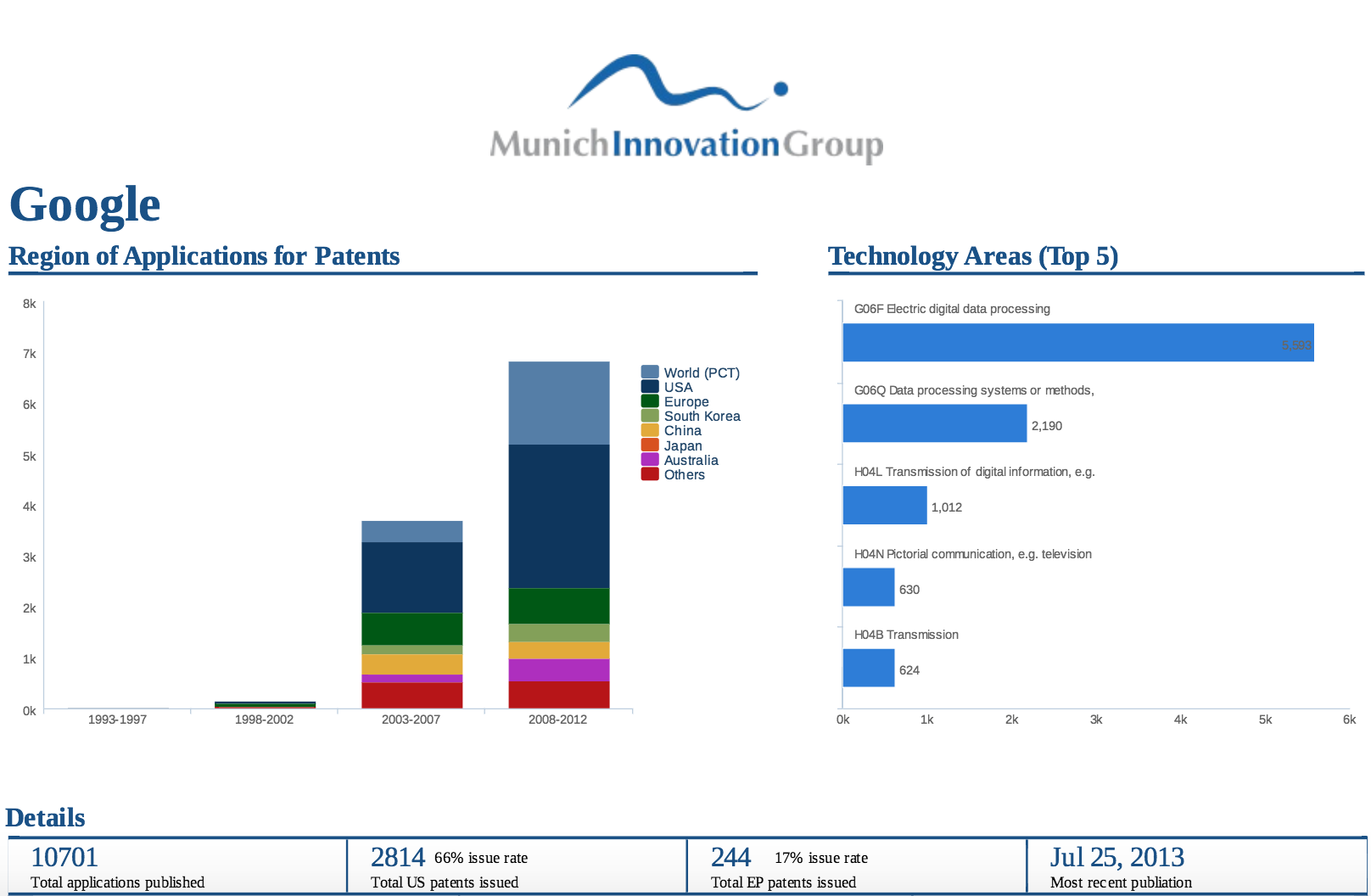 Most often, you don’t read about young startup filling patent. For instance, one of the startup I often read about is Buffer. Buffer (to my knowledge) doesn’t have any patent. However, some others, like Flipboard, started to apply for patent as early as possible. The company started in 2010, and the first patent was filled in April 2011.

I came across two opposite opinions on the topic while searching for information. The first post has been written in 2012 by upcounsel and seems against patent for software startups. The second one is from EY and advocates for early patent application.

The Pros and Cons of a patent for a small startup

What’s good and what’s bad if you are a software startup and file a patent ?

Reasons to file a patent

Reasons to avoid filing a patent

The case of Repost

My current situation is the following. I am working on a new project called Repost. The idea came after I realize how frustrated I was recently about my blog posts and the way I was distributing them. Since RSS feeds are almost dead and SEO is too competitive nowadays, I came to rely more heavily on social networks to share my own content. The problem was that most of the time, I have the motivation to share my latest posts 3 or 4 times over a week, but not more. And quickly, my content stops being read and shared.

In Content Marketing, we call evergreen content a piece of content that have a long lifetime. This content could be shared on social networks time and time over. Despite many tools are currently appearing to solve this simple need, none of them is using the idea I got to keep the process of reposting similar to what a normal human would do. These tools are simple FIFO (first in, first out) queues.

So, I am currently tempted to protect this idea with a patent. My motivation is double : a patent will give more value to my startup and, by protecting the central mechanism I could start communicating widely about it, without being afraid of ideas thieves.

Since my startup is based in France, I can benefit from a small subvention to reduce the price of a French patent. But come on, a French patent has almost no value on the digital world. Can a French patent protect me from a US based company, or from an Indian web agency ? I don’t think so. The only positive aspect is that this gives 12 additional months to extend the patent to other countries.

If I want to apply for an international patent, costs are high (at least 10K€ for the application, then additional fees apply for the yearly maintenance).

Again, because the startup is French, I could apply to a BPI grant. That could help to cover most of the fees. The problem is that few people manage to get this grant, and applying for it is a huge time consumer.

So, right now, my plan is to start with the French patent (at half the costs, I should still have to pay around 3K€). I wonder whether I should carry on, or apply to the BPI grant or instead just skip the patent step for the moment. Another solution I also like is to only apply to a US patent first…

If you have any experience on the topic, what is your opinion about that ?